December 7, 1941
Furman Bisher's experience: "It was a Sunday morning in Charlotte. About noon, or thereabouts, I heard of the attack. Called our editor at The Charlotte News, who was in the backyard playing with his children. Called the managing editor, who also hadn't heard. Then headed for the
office (remember, The News was an afternoon paper, so we had no Sunday staff) and was the first to arrive. Then we went into action to get out an EXTRA, and the rest is a blur." 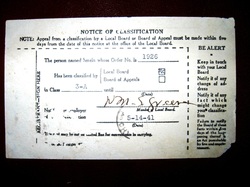 1941 Draft Notice
Even though the Draft Board classified him 3-A ("Registrant deferred because of dependent parents, spouse or children") in May 1941, Furman Bisher joined the Navy right after Pearl Harbor, hoping to become a pilot. 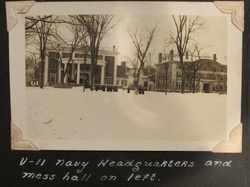 1943 Dartmouth College V-11 Navy Training
He never forgot the bitter New Hampshire cold of morning formations, yet the great adventure and excitement of officer training shined through in the photos of young fellows still naïve about the hardships of war.  They were commissioned ensigns after just 8 weeks of training. 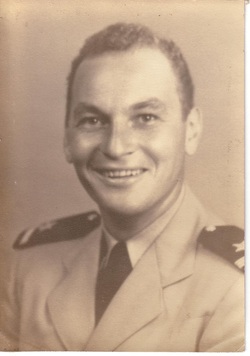 1943 Pearl Harbor
Ensign Bisher's eyesight disqualified him from flight school, but he was sent to Hawaii in April 1943 to attend the super-secret, 4-week Fighter Director School, using a new fangled device called RADAR. He served the next year as an Air Plot Officer and Air Intelligence Officer in the Air Section of the Joint Army-Navy Center in Hawaii.  Ensign Bisher's CONFIDENTIAL notebook from the May 1943 Fighter Director School course can be viewed on this website.

Click any picture in the gallery below to see more of Ensign Bisher's months in wartime Hawaii.
Click photos below to enlarge 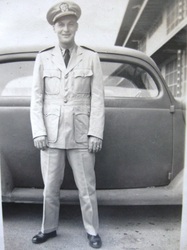 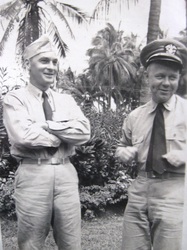 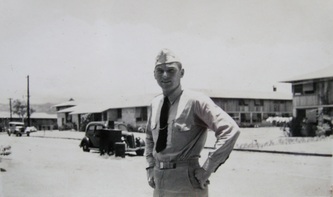 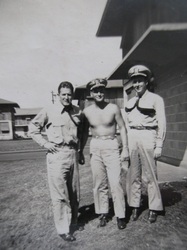 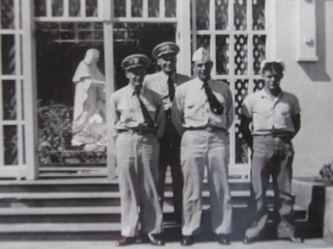 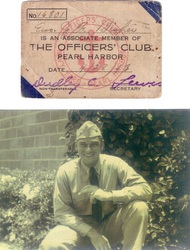 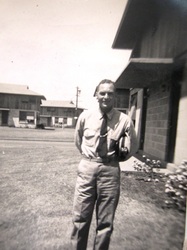 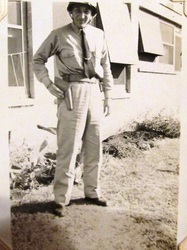 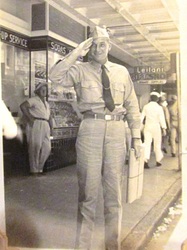 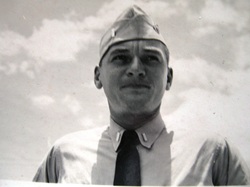 1944 Midway Island
Ensign Bisher arrived at this speck of land in mid-Pacific in May 1944, many months after the decisive battle.  His duty was operations officer, and in later years he remembered many aircraft, submarines and friends that departed Midway to vanish forever into the vast ocean.  He was also officer-in-charge of radio station KMTH and published the newspaper, The Midway Mirror.  Years later the dodo birds on the masthead would remind him of the salty field grade officer from the prewar navy who would push him behind the wheel of a jeep to drive out on the runways to birds injured by aircraft and put them out of their misery.
Although the young ensign was in charge of KMTH, he credited the expertise of a chief petty officer named Jimmy Ellis with keeping them on the air.  "They were broadcasting when I got there about May [1943],
illegally, just horsing around to entertain guys on the islands, though
AFRS [Armed Forces Radio Service] wasn't aware," wrote Bisher. "I guess it became official in September [1943]. We had such low power so Japanese submarines couldn't pick up KMTH more than a 1/4-mile outside the reef."
Click any of the three newspapers below to see a front page from the Midway Mirrow in September or October 1944. 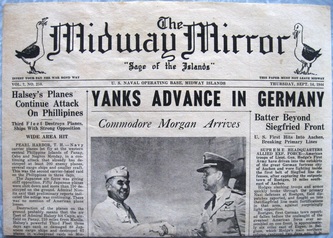 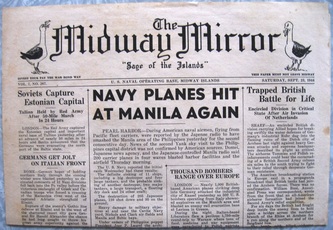 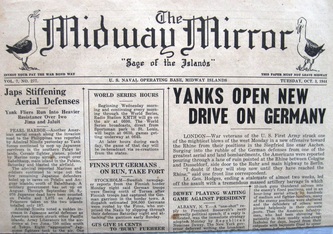 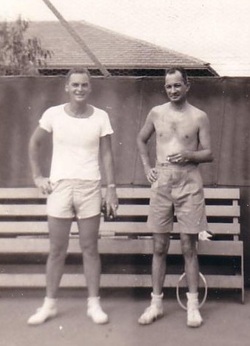 1944 Midway Island
Ensign Bisher was one of the Midway Island tennis champions and earned the chance to "play" renowned star Bobby Riggs, who visited on a USO tour.  Despite obstacles--folding chairs--set up on Riggs' side of the court, the pro had no problem obliterating the ensign.  In the photo, Bisher (left) is shown on the court at Pearl Harbor with pal Mark Taylor.
Click the button below to see a photo gallery of more wartime photos.
Photo Gallery
Copyright 2013, Jamie Bisher